After a lot of testing on the transport controller and power suppliers electronics, laser power adjustment, etc. ..my attention was driven toward the CDM2 transport itself. You know, it is a beautiful galvanometric transport (the arm swings like needles in galvanometers..) ..but it is prone to failures.

I cleaned the lens and double checked the foiled PCB. Nothing.

Playing with the transport (remove-check-reinstall-test cycles) I got random results. I was not able to reproduce a predictable sequence of behaviours... BUT.... I eventually observed that the lens movement was not always free to move along its full range. Sometimes it got stuck requiring manual intervention to unlock it. So I suspected some dirt inside the pickup it self and I was very nervous about how to proceed.
I eventually decided for a pickup surgery. Opening it up I discovered the internal lens, supposed to be joint with the frame, was instead floating around, having the glue keeping it in place dried up and cracked. After sticking it again on the frame the player worked perfectly.

And now some picture.. 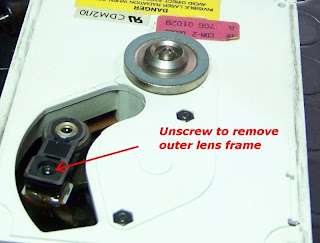 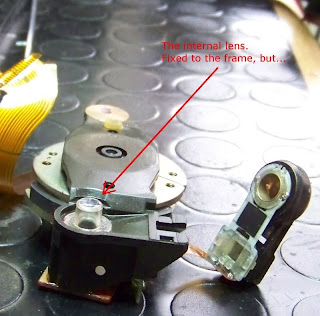 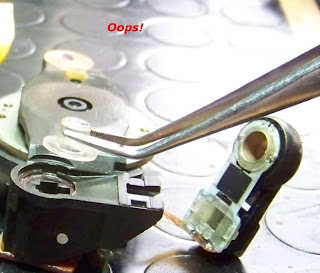 New comments are not allowed.

I was having fun performing some modulation measurements on my sig-gen (HP8640B) by using my R3361B as a modulation analyzer ...when started...